Central Bedfordshire based business to work on pioneering European spacecraft 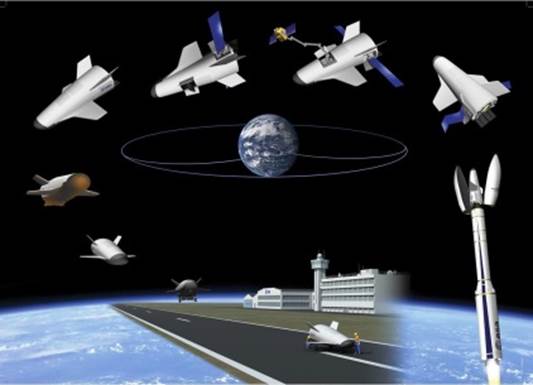 Engineers at the Ampthill site will develop two key parts of the cutting-edge, multi-million euro Space Rider project – the actuator system, which operates flaps to steady the flight during re-entry; and the landing system to bring the spacecraft safely back to earth.

Space Rider is a reusable space plane being developed by the European Space Agency (ESA). The small, unmanned craft will be launched from a rocket and will be able to gather scientific data, carry out exploration missions as it orbits the earth, and deliver cargo to and from the International Space Station.

Crucially, Space Rider will be  capable of surviving re-entry into the earth’s atmosphere, making it reusable and an affordable way to bring important findings back from space.

Stephen Gibson, space business lead at the company said: “This is a first for Europe and a first for Lockheed Martin in Ampthill.

“Space Rider will be launched into orbit and from there can help us understand things such as how plants grow or how technology functions in space.

“It will stay up there for anywhere from two weeks to six months and will fly a couple of times a year, with each craft designed to carry out at least six flights over its lifetime.”

Lockheed Martin Ampthill has been contracted to work on the project by the Italian Aerospace Research Centre (CIRA), who, together with Thales Alenia Space Italy, is developing the craft for ESA. The civil space order is a great achievement for the Ampthill company, better known for its defence work.

Stephen explains: “The activity and capability created by this first contract will allow us to take on other opportunities in the developing commercial space plane market. It’s a very exciting time and great news for Bedfordshire.”

As part of its deal with CIRA, the business has been signed up to look at landing solutions for the spacecraft.

Alex Godfrey, technical lead at the Ampthill site, explains: “Space Rider will re-enter our atmosphere at 7.5km a second. Making sure it lands back on earth safely is a major part of the project.

“We’re looking at two solutions, pulling in expertise and capabilities from across Lockheed Martin Corporation. The first is a mid-air retrieval system, or MAR, which will mean the spacecraft is slowed down by a parafoil and then captured in the sky by a helicopter; the second is more traditional wheeled or skidded landing gear, with it coming to rest on a runway.

“Our initial contract is to carry out the study for both systems, looking at the pros and cons of each. Our findings will be presented to CIRA, and ultimately ESA, for a final decision.

“We’d expect this to be completed by the middle of next year, which will then lead us onto the full development and manufacturing phase of the programme.”

Space Rider is the successor to the ESA Intermediate Experimental Vehicle (IXV), a test craft that flew into orbit in February last year and successfully returned to earth by splashing down in the Pacific Ocean.

Space Rider’s first launch is expected to take place around 2020.