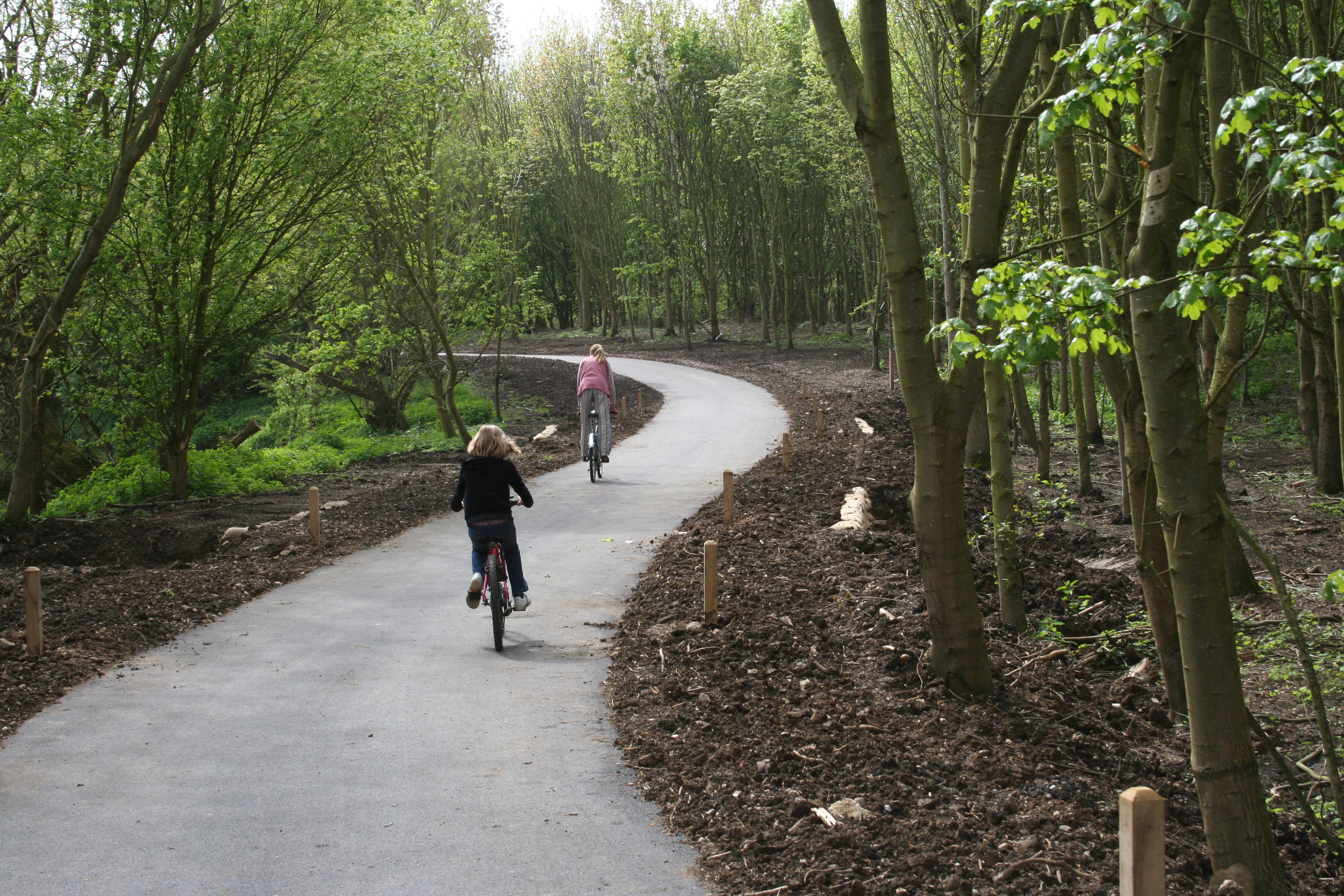 With the eyes of the world on the UK during the UN Climate Change Conference COP26, Community Forest charity the Forest of Marston Vale are asking the people of Bedfordshire and beyond to get behind their fundraising effort to support local tree planting and woodlands to fight the global climate crisis.

Whilst national efforts to cut emissions and reach net zero are being discussed by parliament, world leaders and top environmentalists, the charity are asking people to find out more about their ‘act local, save global’ campaign to raise money to look after their existing woodland and plant another 5 million trees in the Forest of Marston Vale.

The recent Intergovernmental Panel on Climate Change (IPCC) report released ahead of COP26 warned about the alarming rate at which the average global temperature is increasing, as well as the irreversible consequences if we continue producing carbon at the same rate. Industries are developing technologies to remove CO2 from the atmosphere, but the Community Forest says it’s offering a simpler local solution that anyone can get involved in: tree planting.

Trees capture and store carbon through photosynthesis, locking atmospheric carbon up in living wood, roots and deadwood - even in the soil surrounding the woodland area.

Established in 1998, the Forest of Marston Vale have already planted over 2 million trees across the Marston Vale area including the creation of over a dozen Community Woodlands and local green spaces. The woodlands they’ve created so far remove over 4,917 tonnes of CO2 from our atmosphere every year - the equivalent to around 2,000 family cars – but they’re looking for support to ramp up efforts to combat the growing climate emergency.

“As the COP26 conference has demonstrated, climate change is the biggest global threat to people and wildlife at the moment. There is no Planet B. We know that we need to lower our emissions but we also need to mitigate against the damage we’ve already done and remove CO2 from our atmosphere to slow the current rate of change.

Trees are the natural way to help combat the climate crisis but we need to protect what we’ve already planted and get more in the ground. We’re asking people to support our new campaign and be part of the local solution to the global climate emergency. Leading environmental experts say that we can slow global heating, lessen its impact and avoid environmental catastrophe but we need to act now to start making a real difference.”

The Forest of Marston Vale start their next tree planting season in January and will invite all supporters to come along to their public tree planting day and get involved with their practical efforts.

People interested in supporting the work of the Forest of Marston Vale can sign up as a Friend of the Forest member for a small monthly donation, or give a one-off donation towards tree planting - find out more at marstonvale.org/act-local-save-global.