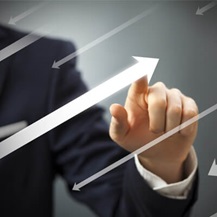 Cranfield School of Management has been named in the top ten in the world for teaching power in a ranking compiled for the Financial Times by Open Syllabus. Cranfield was placed sixth in the world with Harvard being the highest ranked business school.

The 'teaching power' ranking has been formulated by calculating the business publications with the most references in course descriptions and reading lists since 2015. It draws from five million titles cited in more than seven million syllabuses in nearly 7,400 universities in 96 countries.

The ranking tracks the extent to which the work of academics and their business schools are assigned to students. It provides a different measure to the citations received from researchers in academic journals.

Professor David Oglethorpe, Dean of Cranfield School of Management, said: “This ranking demonstrates the depth and rich heritage of Cranfield’s influence on classrooms and lecture halls around the world. It is a testament to the strength of our faculty and their leading thinking that Cranfield is at the forefront of business teaching.”

The government’s hospitality strategy represents an important milestone in the reopening, recovery and longer-term resilience of the hospitality sector from the COVID-19 pandemic.