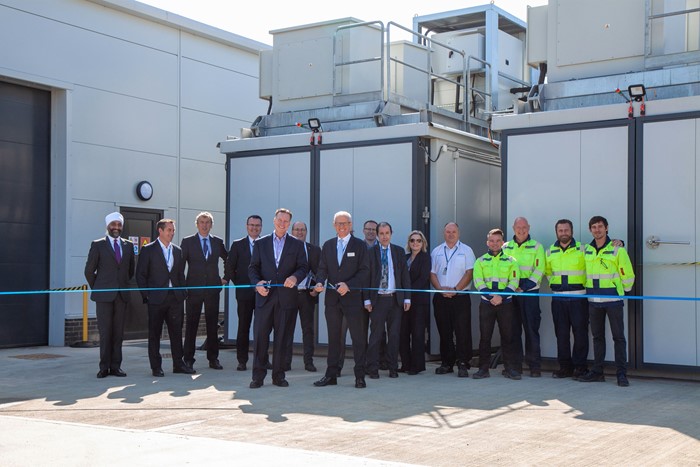 Millbrook has officially opened its Battery Test Facility, strengthening its position as one of the industry leaders providing independent battery testing to the automotive industry worldwide. The facility is the UK’s latest, and biggest, private investment in independent battery testing. It consists of 12 battery cycling climatic chambers and supporting infrastructure.

Battery development is now firmly established at the forefront of automotive research and development, as it’s a key enabler to meet upcoming CO2 and emissions regulations. Millbrook has outstanding specialist capabilities in the field of battery testing, and it has reacted rapidly to increasing customer demand with the expansion of its facilities.

The battery test chambers can cycle complete automotive battery packs up to 1,100V and up to 750kW in temperatures from -40°C to +90°C, including simulation of rapid temperature changes.

Peter Miller, Chief Engineer – Battery at Millbrook, said: “Battery technology is evolving at a staggering rate, as the industry seeks to make electric vehicles universally accepted as an alternative to the internal combustion engine. We pride ourselves on our in-depth knowledge of battery technology and our ability to provide testing which helps developers better understand, anticipate and ultimately eliminate failure in future models.”

Alex Burns, President of Millbrook, said: “One of our greatest qualities, as a business, is our agility, with an outstanding ability to react, invest and adapt to changing customer demands, very quickly. The introduction of our highly versatile and technologically advanced battery test chambers, is a perfect example of this.”