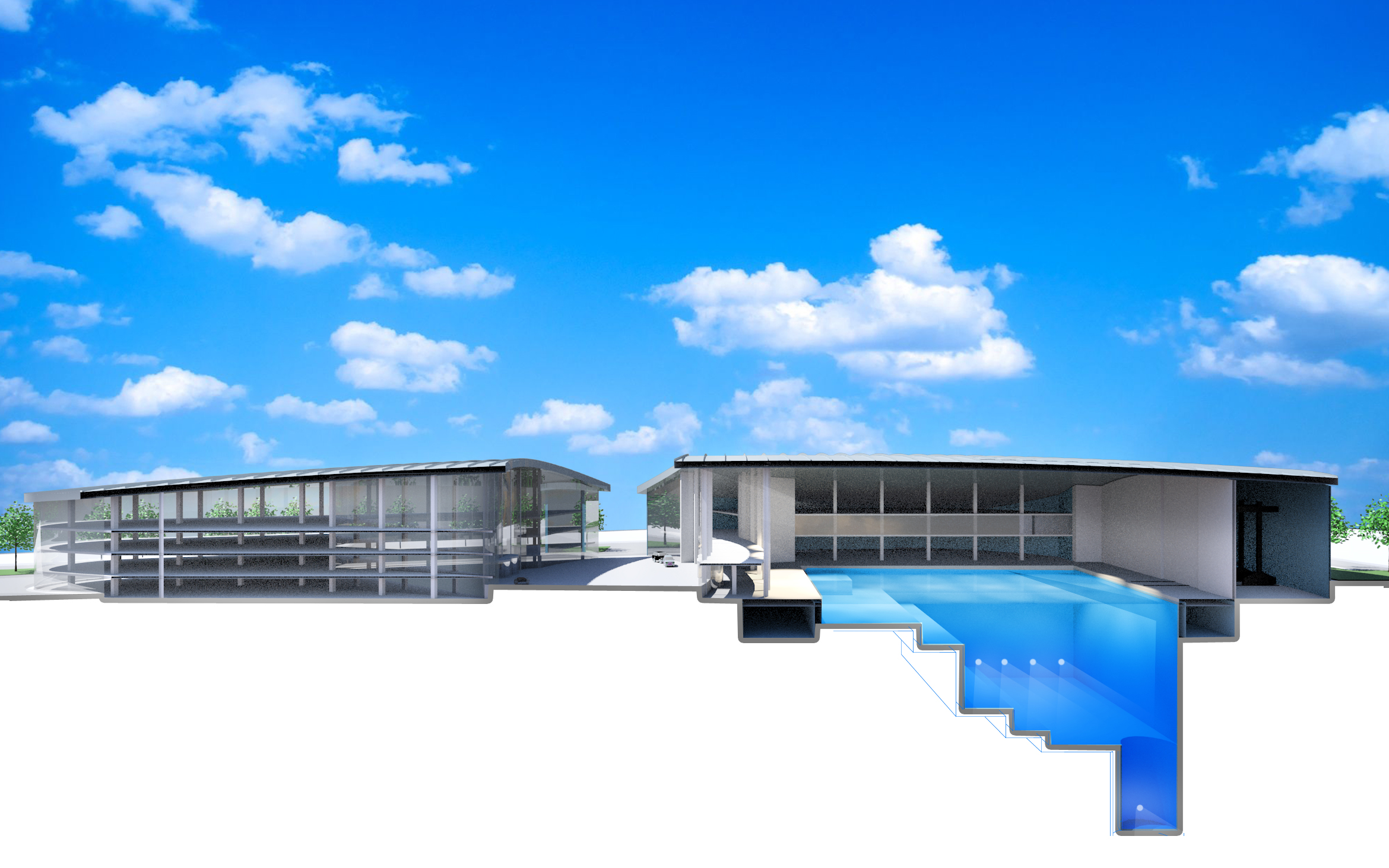 Blue Abyss, the world’s first commercial deep sea to space research, training and test centre, is at the centre of a multi-million-pound regeneration vision to develop a science, innovation and technology park on part of a soon-to-close RAF base site in Bedfordshire.

The Blue Abyss team is working with Central Bedfordshire Council to create the £120m facility, designed by London’s Gherkin architect Robin Partington, on part of the RAF Henlow site, which is due to close by 2020.

Blue Abyss will house the world’s biggest 50m deep pool, a hotel, an astronaut training centre including parabolic flight capability, hypobaric and hyperbaric chambers and a human performance centre to enable divers, astronauts and top athletes to perform at the peak of their potential.

Plans include a conference theatre and training rooms, and a 120-bed hotel.

Blue Abyss will fulfill a crucial role in the growth of the UK’s space industry, highlighted by the government in the Queen’s Speech last week.

It hopes to start building at the end of the year to start operating in 2019, bringing about 160 new jobs.

The Blue Abyss team plans to reuse some facilities at RAF Henlow, including a centrifuge base already installed at the site for its long-arm human centrifuge for high-G astronaut training.

John Vickers, MD of Blue Abyss said, “RAF Henlow provides the ideal site for Blue Abyss. The market is waiting for this facility – space tourism, the UK space programme and the demand for experiential packages.

“Having a centrifuge base already there is an important feature because it’s the most expensive and difficult element of the equipment to install.

“Being part of something bigger, working closely with a proactive council in its enabling and planning capacity and bringing jobs to the area, means we can make the incredibly exciting facilities for the industries we will serve a reality, for UK plc and increase the profile of space travel, space adventure and tourism, deep-sea and offshore energy innovation.

“The government highlighted in the Queen’s Speech how important the space industry is for UK plc. It wants to make the UK the most attractive place in Europe for commercial spaceflight to help increase the UK share of the global space economy to 10% by 2030.”

“The council welcomes the proposals to bring Blue Abyss to the Henlow site as a central part of a comprehensive mixed use regeneration vision.

“The proposal of a science, innovation and technology park at Henlow with Blue Abyss as a key investor will secure many high-tech jobs for the local area and beyond and ensure sustainable regeneration of this former RAF site.

“The Defence Infrastructure Organisation (DIO) representing the Ministry of Defence (MoD), and central government, are exploring opportunities to work in partnership with Central Bedfordshire to secure the sustainable redevelopment of the Henlow RAF site.

Central Bedfordshire is pleased to be working in partnership with Blue Abyss to bring these exciting, innovative proposals to fruition which are of course subject to the usual formal legal requirements of obtaining the necessary planning permissions."